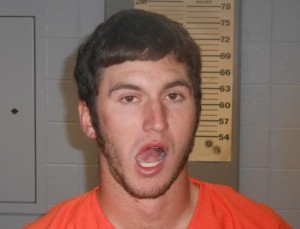 A Stevens Point man accused of placing a hoaxed call for help on the Wisconsin River is pleading not guilty to the charges. Zach Linzmeier faces misdemeanor charges of criminal trespassing, criminal damage to property, disorderly conduct and obstruction. Linzmeier was arrested last month after swimming out of the Wisconsin River at the Verso Paper mill in Stevens Point.

Linzmeier initially told authorities his boat capsized with two family members unaccounted for. Investigators determined there wasn’t anyone else with him, and that the 20-year-old tried to cover for his underage alcohol consumption and damages at the mill and adjacent power plant.

Stevens Point Police pulled every available resource to the search, including six officers and an air boat. Stevens Point Fire Chief Robert Finn has already prepared an invoice covering an hour of wages for thirteen firefighters, vehicles, mileage, and fees. That bill is over $2600, and doesn’t count any possible restitution, fines, or court costs if convicted.

Linzmeier is currently free on a $5,000 cash bond. He’ll be back in court in January for a pretrial conference.