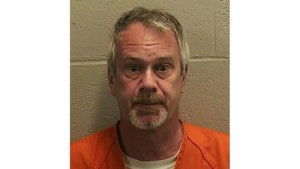 A Menasha man is facing more than two dozen charges after he allegedly sexually assaulted a girl in his neighborhood and took inappropriate photos of her. On Monday, 53-year-old Derek Rose was charged with a total of 27 counts. Rose is due for his initial court appearance in Winnebago County Wednesday.

Police found correspondence during a search of phone records where Rose allegedly talks about his encounters with the girl. A search warrant allowed police to determine that six photos of the girl, now age 9, were taken at his home. Officers spoke with the girl, who lives in Rose’s neighborhood. She says Rose touched her inappropriately.

“(The victim) stated that this occurred in defendant’s garage while he was taking pictures of her sliding down the hood of his car and once in the backyard when they were having movies on movie night. (The victim) said that ‘garage nights were nights that the defendant would project movies onto the garage for the kids and families in the neighborhood to watch,” the complaint states. Only one victim is identified in the complaint but in online comments about various photos, Rose suggests “he personally knows the girls,” the complaint says.

The complaint does not cite any statements from Rose from interviews with police, although in an email with an undercover officer, he describes his situation. “I’m the beloved ‘grandfather figure’ to all the neighborhood kids. And all the little girls have crushes on me. It’s a kind of heaven. Makes up for the fact there isn’t any pervy stuff to do here, like in my precious big cities,” he wrote.