You are here: Home / Packers / Quarless getting closer to return 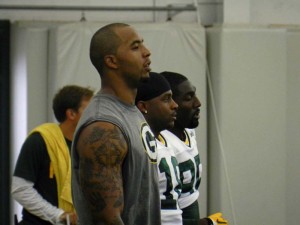 Andrew Quarless is hoping to be cleared so he could begin practicing.

Quarless can begin practicing this week after spending the last six weeks on injured reserve/designated to return.

Once Quarless starts practicing, he has a two-week window to work before the Packers have to decide whether to activate him or keep him on injured reserve for the remainder of the season.

The earliest he can play in a game again is Thanksgiving night against the Chicago Bears.