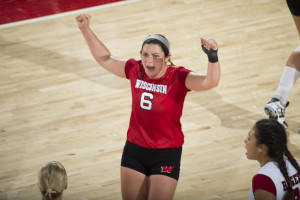 The Badgers got revenge on the Buckeyes after dropping a five-set match earlier this season in Columbus.

The Badgers welcome Rutgers to the Field House on Wednesday at 7 p.m. before traveling to number-15 Purdue on Saturday for the Big Ten finale.