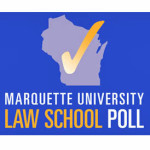 Wisconsin Governor Scott Walker’s approval rating remains flat, according to a new statewide poll. Marquette Law School Poll Director Charles Franklin said the Republican governor’s numbers have barely budged from the last poll in September, when he was at 37 percent approval and 59 percent disapproval. The latest poll, conducted from November 12-through-15, has Walker at 38 percent approval and 58 percent disapproval.

The numbers mark a new low for Walker, who was polling at 49 percent approval in October 2014, just prior to his re-election. Franklin said “time will tell if those trends reverse” for Walker.

The poll has a margin of error is plus or minus 4.2 percentage points.