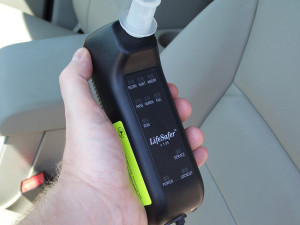 Anyone convicted of first offense drunken driving in Wisconsin would have to prove they are sober every time they go to start their vehicle, under a bill being proposed at the Capitol.

The legislation from Sen. Chris Larson (D-Milwaukee) would require anyone convicted of a first offense OWI charge to have an ignition interlock devices installed in their car. The devices keep a vehicle from starting unless the driver blows into a tube to prove there is no alcohol in their system.

Wisconsin is the only state that does not criminalize first offense drunken driving – a change many advocates have been pushing to make for years. Larson argues his approach may be a better solution though in trying to change the culture of drinking in Wisconsin because of the stigma the devices can carry. “You are going to have to blow into a tube before you start your vehicle, and your family and friends are going to have to see that,” he says.

The Milwaukee Democrat thinks that might make people change their behavior before ever getting behind the wheel after drinking again.

How long the device would be in place and who pays for it would be up to the courts.