You are here: Home / Crime / Courts / Arrest made in fatal Oconto County hit-and-run 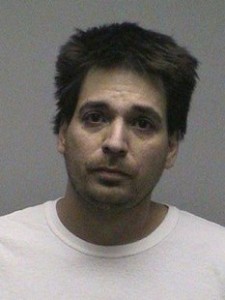 A Pulaski man is accused of hitting and killing a pedestrian Monday night on in Oconto County. During a press conference Wednesday, Sheriff Mike Jansen announced that an anonymous tip led deputies to 35-year-old Joe Anderson. “The caller stated that Joe Anderson was looking for parts for his truck, a white GMC Safari pickup,” said Jansen. “He had damage to a fender, mirror, his hood and a blinker because he had hit a deer the prior evening.”

Jansen said deputies went to Anderson’s home, interviewed him and took him into custody. Anderson’s pickup was also taken as evidence with damage consistent with the evidence recovered at the scene. Anderson was booked into the Oconto County Jail on charges of hit-and-run causing death and negligent homicide with a motor vehicle. He’s due to make a court appearance next week. Jansen also identified the victim as 51-year-old George Birr, who was living with a relative in the Sobieski area.

“George took numerous walks, and it appears he was walking from his sister’s residence into Sobieski,” the sheriff said. “He was on the correct side of the road facing traffic as he was walking.” Investigators believe the crash took place sometime between 8 p.m. and 10 p.m. Monday. The investigation is ongoing, and Jansen said Anderson may have been drinking earlier that evening.