You are here: Home / Legislature / Bill would serve up ‘Belgian Booyah’ as Wisconsin’s official soup 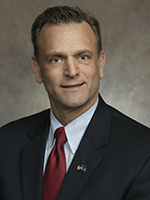 Move over beer cheese, a state lawmaker wants to make Belgian Booyah the king of soups in Wisconsin.

Belgian Booyah is a broth-based soup, usually made with meat and vegetables. It’s typically cooked in a large kettles for community events.

Macco noted that Wisconsin boasts the largest Belgian community in the world, outside of Belgium itself.

Several other northern and northeastern Wisconsin lawmakers have signed on as co-sponsors of the bill.