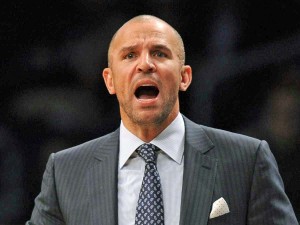 The Milwaukee Bucks ended their 12-game road losing streak, knocking off the Phoenix Suns 101-95 on Sunday.

It’s the third win in four games against Phoenix in Arizona after losing 24-straight in Arizona from 1987 until 2013.

The Bucks hadn’t won a road game since November 6 when they meet the Knicks at Madison Square Garden.

Bucks coach Jason Kidd will undergo surgery on his right hip Monday in New York and will miss at least two to four weeks of the season.

Kidd said he expects to be back in the office in two weeks.  He delivered the news to the team following Sunday’s win at Phoenix.

Kidd said Joe Prunty will take over on the bench and run the team.

The pain in Kidd’s hip stems from his time with the Dallas Mavericks late in his playing career.  He was able to control it with cortisone shots and other measures, but he said the pain has become too much and caused him to be unable to sleep at night.