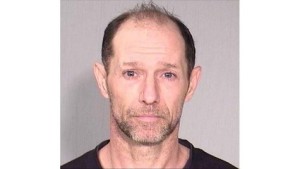 A case out of Beaver Dam would seen to substantiate the old adage that no good deed goes unpunished.

The Dodge County Sheriff’s Office wants to locate 48-year-old Brian Krieger — the man who allegedly robbed a designated driver after the Good Samaritan allowed him to stay at his home. According to a criminal complaint, Ronald Gafner, who’s also known as Safe Ride Ron, got a call from Tower Lanes in Beaver Dam at 1:30 a.m. Monday asking to give a patron a ride home who was too drunk to drive.

Gafner, a driver for Dodge County’s Safe Ride Program, agreed to give Krieger a ride home despite the big winter storm hitting the area. Gafner picked up Krieger and took him to a Kwik Trip so he could use the ATM.

Gafner said he awoke later that morning to discover that Krieger was gone — along with Gafner’s 42″ flat screen television, and a 1994 Plymouth Voyager.

Gafner told investigators that he uses the van to transport a disabled friend. The green Voyager has a disabled Wisconsin plate with the number 68681D. If anyone knows Krieger’s whereabouts, please call the Dodge County Sheriff’s Office at (920) 386-4115.