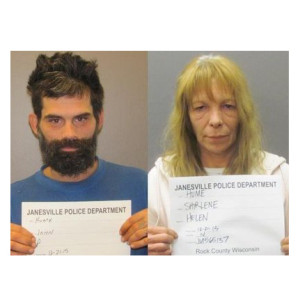 Police had their home in the 1000 block of Jerome Avenue under surveillance, after recieving information that led them to believe there were guns inside the home and that one of the occupants is a confirmed felon.

During surveillance, police said they saw a person going into the home with a firearm. During the search police say they found 11 marijuana plants in the basement.