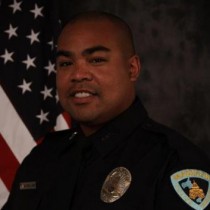 A Madison police officer could be headed to prison. Thirty-one-year old Andrew Pullum of Verona is facing charges, stemming from an investigation by the FBI. Pullum was arrested when he reported for work Friday at the MPD West District headquarters.

A citizen tip was responsible for the investigation into Pullum’s activities. MPD Internal Affairs contacted the FBI . The complaint charging Pullum says that on Thursday he was called to make contact with a citizen who was actually an undercover FBI agent. The agent told Pullum that a drug dealing boyfriend had left drug money in her vehicle. The complaint alleges that Pullum removed the money, but did not report taking it, or check it into evidence. The bag contained $3,950.

If convicted of the charge of stealing public money, Pullum could face up to 10 years in prison. Koval said he was angered and disappointed by Pullum’s actions, but stressed that the officer was acting alone.