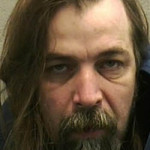 A mental competency evaluation has been ordered for the suspect in a standoff in Neenah. Forty-five-year-old Brian Flatoff faces five charges in connection with the December 5th incident at Eagle Nation Cycles. Prosecutors say Flatoff was in a dispute with an employee of the shop over ownership of a motorcycle.

At one point during the standoff, investigators say Michael Funk ran out of the building with a gun, and failed to heed commands to drop the weapon. Funk was shot and killed.

Flatoff appeared in Winnebago County court by video conference on Monday. No additional charges were filed, but prosecutors say they expect to do so. Flatoff is due back in court January 25th.