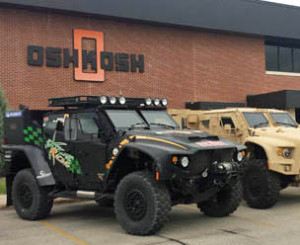 The Army says the Oshkosh Corporation can start building the next generation of light military vehicles, which will replace the Humvee.

Oshkosh Defense won a $6.7 billion contract to build 17,000 JLTVs for the Army and Marines, but work never started because a competitor, Lockheed Martin, filed a protest over the decision.

Oshkosh Corporation spokesman John Daggett says that protest was thrown out Tuesday by the U.S. Government Accountability Office, because Lockheed is moving its case to the U.S. Court of Federal Claims. Daggett says that could lead to a future work stoppage, but for now, they’re working to get the assembly line started.

Daggett says the first JLTVs should be delivered during the second half of next year. It will take about eight years to produce all of the vehicles.