You are here: Home / Badgers / Pritzl out indefinitely with foot injury 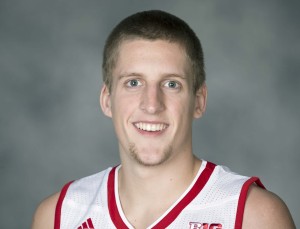 According  to the UW Sports Medicine staff, Pritzl’s new injury will not require additional surgery at this time and he will be re-evaluated in the coming weeks.  He will be held out of competition indefinitely.

Pritzl has played a total of four minutes in one game this season, a 92-65 win over Siena on Nov. 15.  If he can’t return this season, the De Pere native is eligible to apply for a medical redshirt to regain this season of competition.

The 6’3 shooting guard scored 1,720 points during his prep career at De Pere High School.  He averaged 25.5 points and 6.0 rebounds a game as a senior, earning all-state by both the Associated Press and the Wisconsin Basketball Coaches Association.