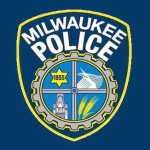 The city attorney in Milwaukee has recommend a $5 million settlement in 14 federal lawsuits. Seventy four black men alleged they were subjected to illegal and unconstitutional strip and body cavity searches by white officers. “This is the largest number of civil rights violations in any one case, certainly involving these strip searches and body cavity searches,” said John Safran, an attorney representing some of the men.

The city has denied liability, but believes it’s in the best interest to settle. “This was a sad chaper in the Milwaukee police department,” said Mayor Tom Barrett. “The vast majority of officers who work for the Milwwaukee police department, but as you saw here, when there were some bad apples, the chief acted to get them out of the bushel.

The agreement, announced Tuesday, will not be final until it’s approved by city. The men would receive $2.7 million, and their attorneys, $2.3 million.

Also on Tuesday, the U.S. Department of Justice announced it has agreed to review the Milwaukee Police Department. Milwaukee is the ninth department to be granted the voluntary review, known as a “collaborative reform initiative.” The process is expected to take two years, and was requested by Police Chief Edward Flynn. The agreement for the review will be formally announced Thursday.