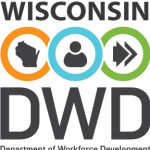 Wisconsin created almost 31,000 private sector jobs during the year ending in June, but the state ranks 37th among the 50 states in its percentage of job growth. That’s according to data from the U.S. Bureau of Labor Statistics. The job growth represents an increase of about 1.4 percent from the previous year, which is almost half the national average of 2.3 percent. The state’s percentage of job growth ranking is down from 30th in the previous BLS report issued in September.

The BLS also released unemployment data on Thursday, and the administration of Governor Scott Walker pointed to those figures as an indication that the state’s economy is headed in a positive direction. Wisconsin’s preliminary seasonally adjusted unemployment rate of 4.2 percent for November 2015 was the lowest rate since March 2001, and down from 4.3 percent in October. The state Department of Workforce Development noted that the 4.2 percent rate is also below the national unemployment rate of 5.0 percent for November and below the state’s rate of 5.2 percent in November 2014.

DWD also noted that the BLS figures include revised private sector job numbers for October that were revised up 1,500 to 16,600 – the best month of net job growth dating back to April of 1992, and the best October since 1990. “Wisconsin continues to see significant year-over-year job growth under Governor Walker,” DWD Secretary Reggie Newson said.