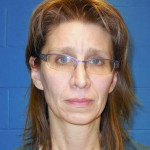 A western Wisconsin woman is due in court for a preliminary hearing on Friday, after being charged with first-degree intentional homicide in the death of her boyfriend. RiverTown Multimedia reports that prosecutors have also charged 44-year-old Rose Marie Kuehni with hiding a corpse. A multi-state investigation led to the discovery of 51-year-old Douglas L. Bailey’s body on December 8th, in a cardboard box off the side of a road in Kentucky.

Investigators say Kuehni shot Bailey on November 22nd, at the home the two shared in Prescott. After leaving it in a shed for four days, they say Kuehni placed the body in a box and drove it to Illinois, along with a second box containing some of Bailey’s possessions. On Thanksgiving Day, she met up with another man, 60-year-old Clarence Hicks of Harrodsburg, Kentucky, at a Bloomington gas station. Hicks described dumping the boxes in the mountainous area of Pineville, Kentucky.