You are here: Home / Crime / Courts / Arrest made in Madison parking lot homicide 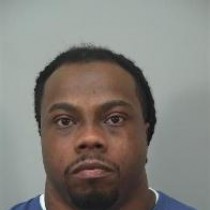 Police have made another arrest in connection with a fatal December 12th shooting in a parking lot on Madison’s east side. According to a press release, 33-year-old Antonio Stanley of Madison has been arrested for first degree intentional homicide.

The victim, 28-year-old Sammel Erving died on the site of that shooting from multiple gunshots. Investigators believe the shooting followed an argument on a party bus that had taken a group from Madison to a Milwaukee strip club.

Stanley made his initial appearance in court Monday, and a Dane County judge set bond at $1 million.

A criminal complaint says Erving and Stanley argued over a cigarette as the party bus returned to Madison. Stanley shot Erving 17 times when the two got off the bus in the parking lot of an AutoZone on East Washington Avenue, according to the complaint. Stanley’s attorney said his client turned himself in when he learned there was a warrant for his arrest.

Another man, 35-year-old Johnny B. Green, is accused of providing the gun to Stanley and was arrested for party to a crime first degree intentional homicide.