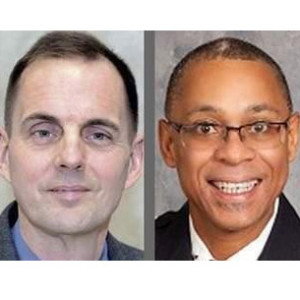 The settlements for two Beloit police leaders have been finalized by the city’s Police and Fire Commission. Police Chief Norm Jacobs and Deputy Chief Tom Dunkin will retire at the end of this month, in exchange for disciplinary charges being dropped against them.

The charges were filed in October after an investigation into their leadership. The city manager had recommended that both men be fired. Each will remain on paid leave through January, and will take about $100,000 home in severance pay and benefits. Both agree not to seek employment with the city at any time in the future.

City leaders hope to have a police chief nominee in the next 2 to 3 months. They have not said if the current interim chief Interim Police Chief David Zibolski will be considered for the position.