You are here: Home / Business / Bill would ease sales of Wisconsin water utilities 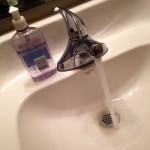 A bill advancing at the Capitol could make it easier to sell public water utilities in Wisconsin to private investors.

A state Senate committee approved the measure (AB 554) in a partisan vote on Thursday. The full Assembly has already passed the bill.

Critics say the legislation would make it more difficult to put such sales to a public referendum. The bill’s language states that referendums would be optional rather than mandatory.

Curt Witynski is with the League of Wisconsin Municipalities, which supports the bill. “We’re not supportive of direct democracy for every single policy decision that local government makes,” he said.

“The bill makes it much harder, and introduces hurdles, to getting that public voice involved in the process,” said Amber Meyer Smith, a lobbyist for Clean Wisconsin. “It really seems counter intuitive to have a bill that actually is encouraging private, for profit out-of-state companies to come in and own our water.”

Opponents of the bill say customer rates have often increased in the wake of water utilities being sold to for profit operators.

Some have also suggested that the bill’s passage could put Wisconsin communities for the sort of crisis afflicting the residents of Flint, Michigan, where the city’s drinking water contains dangerously toxic levels of lead.

“I honestly don’t understand the connection (to Flint) whatsoever,” said Witynski. He said the bill changes the process for selling a water utility, while the situation in Flint represents a systemic failure by local, state and federal officials to protect the city’s residents.

According to lobbying information from the Wisconsin Government Accountability Board, the bill is also supported by Aqua America, Inc., a water and wastewater utility holding company with subsidiaries in 8 states including Illinois.