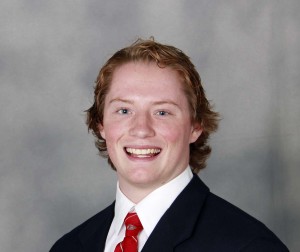 The Badgers had to kill off a penalty for the final 1:43 of the third after Jedd Soleway was whistled for checking from behind.  The Badgers stood strong for the penalty kill, which included almost a minute of 6-on-4 when Alaska pulled their goaltender.

Matt Jurusik stopped 20 shots in his fifth win of the season.

Wisconsin plays for the sweep tonight.  The school will also honor its 2006 NCAA Championships for the men’s and women’s team during intermissions.