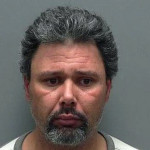 According to a Janesville Police Department news release, officers stopped a vehicle driven by Mcadory at 2:26 a.m. Tuesday at Linn Street and Rockport Road for an equipment violation.

Officers said Mcadory tried to take off on foot. He was captured a short time later and taken to the Rock County Jail.