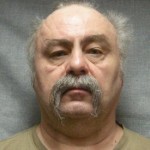 A man convicted in the murder of Green Bay paper mill worker Tom Monfils in 1992 had his bid for a new trial rejected. On Wednesday, retired Judge James Bayorgeon, the judge who presided over the original trial that convicted Keith Kutska, issued his 29-page decision.

Kutska, along with Rey Moore, Dale Basten, Michael Hirn, Michael Johnson and Michael Piaskowski were convicted of killing Monfils. All are currently serving life prison terms except for Piaskowski, whose conviction was overturned by a federal judge. Monfils, 35, was found dead in a pulp vat at the former James River mill with a 50-pound weight tied to his neck. The killers were allegedly angry that Monfils had contacted police regarding theft from the mill.

In the ruling, Bayorgeon writes about critics of police investigatory techniques:

At a hearing last summer, Kutska’s attorneys also argued that there is new evidence in the case.

The judge says Brian Kellner’s recantation of a supposed demonstration of the murder at a bar is not basis for a new trial. “The Court remains unconvinced at Kutska’s broad and generalizing statement that the evidence he seeks to introduce was not available at the time nor that he was unaware of its existence. Based on the testimony presented at the post-conviction hearing, Kellner had already recanted his statement to witnesses before Kutska even proceeded to trial.”