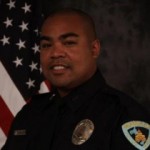 An officer who faces federal corruption charges has resigned from the Madison Police Department. The department confirmed Wednesday that 31-year-old Andrew Pullum submitted his resignation.

Pullum is accused of taking nearly $4,000 in cash from the trunk of a car after an undercover agent, posing as a citizen tipster, told him she was angry at her boyfriend for dealing drugs and that there might be money and cocaine in the car.

If Pullum is convicted, he could face 10 years in prison.