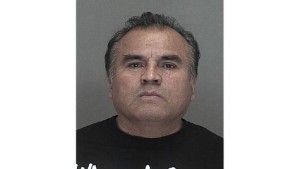 Sentencing is scheduled for March 14. He faces up to 25 years in prison.

A search warrant was executed at a west side home in October, where investigators seized printers, identification cards, paper and ink, and cash, according to federal court documents.

Garcia-Urbano told an informant that he could get them fake Wisconsin identification and Social Security card for $450.

Garcia-Urbano, a Mexican resident, also agreed to be deported following the completion of his prison term.