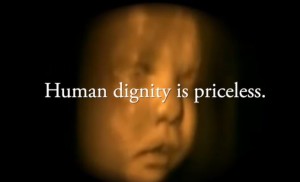 Several pro-life groups are calling for the legislature to act on a package of bills that would ban the sale of aborted fetal tissue in the state and put new limits on funding for abortion providers.

The groups have launched television ad campaigns in parts of the state that call on Assembly Speaker Robin Vos (R-Rochester) to schedule a floor vote for one of the bills, which would ban on the sale of tissue collected during abortion procedures. The legislation cleared committees last fall, but appears to have stalled due to concerns that it could halt ongoing medical research being done in the state.

The bill was introduced last summer in response to a series of secretly recorded videos featuring Planned Parenthood officials that appear to show them discussing prices for fetal tissue – a violation of federal law. The health care provider has argued the videos were heavily edited to serve the agenda of an anti-abortion group, and contends it does not profit off of tissue donations. Planned Parenthood of Wisconsin has stressed that none of its abortion clinics in the state even allow for tissue to be donated following abortions.

Pro-Life Wisconsin State Director Dan Miller said one of the ads, being run in the Green Bay television market, “affirms the human dignity of aborted preborn children.” In a statement, he said “ethical and effective research does not, and never should, depend on the desecration of aborted human beings. We are simply calling on Speaker Vos to stand by his initial public support of AB 305 and to immediately schedule a floor vote on the bill.”

Miller believes the bill would pass, if a vote were allowed.

However, Speaker Vos has insisted support on the measure remains mixed, due to concerns about the potential impact it could have on research because it also prohibits the transfer of fetal tissue. In a recent interview with WRN, Vos said the idea that the state makes a firm statement about not profiting from abortions is “very much alive.” He added there are still many concerns about how to actually do that without impacting research, noting that “I certainly don’t support stopping research.”

Senate Majority Leader Scott Fitzgerald (R-Juneau) cited similar concerns in an interview with WRN as well. “I don’t have a solution to that dilemma, and there’s a wide gap between both positions,” he said.

AUDIO: Senator Scott Fitzgerald has doubts about finding a solution (:45)

Other bills still awaiting legislative action target some of the funding that goes to Planned Parenthood. One of the measures, which would keep the provider from receiving about $3.5 million in federal funding, cleared the Assembly last year, but has yet to receive a Senate vote. The other, which targets reimbursement rates for family planning-related medications, has not received a vote.

Pro-Life Wisconsin, Wisconsin Family Action, and Wisconsin Right to Life have indicated they plan to ratchet up pressure on lawmakers to act on the bills before the session ends this spring. The three organizations plan to hold a rally at the state Capitol on Tuesday, January 12 to call for immediate action from lawmakers.