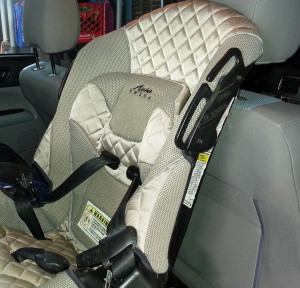 Infants who ride in rear-facing car seats have a much greater chance of surviving serious car crashes, and it’s one of many reasons some state lawmakers argue Wisconsin should increase the age limit for safety seats to be turned around in vehicles.

Current state law only requires children to ride in rear-facing safety seat until they turn one, even though national groups and federal guidelines say the age of two is preferred. State Rep. Chris Taylor (D-Madison) told a legislative committee this week that the conflicting information causes confusion for parents, who often want to do what’s legally required. “Most parents want the best information, but unfortunately right now DOT and law enforcement have to hand out what the law is.”

Taylor is co-sponsoring a bill that would change state law to reflect national guidelines by requiring children to ride in rear-facing car seats until they are at least two-years-old. The Madison Democrat and other supporters say the goal of the bill is to better educate parents, not punish them.

The legislation is currently being considered by a state Senate committee.