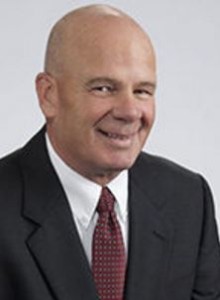 The Wisconsin Assembly kicked-off its first session day of the year with some heated criticism from Democrats, which only ramped up after the subject of their concerns waved a rude gesture at the minority leader.

It happened while Democrats were criticizing recent racially-charged comments about Milwaukee’s crime rate from state Representative Bob Gannon (R-Slinger), high crime rates with a high unemployment rate among the city’s black population. “Milwaukee leads in murders and mayhem per capita, with a large number of these crimes occurring in mainly black neighborhoods, the same neighborhoods with the worst unemployment rates in the state,” he wrote.

Gannon defended his comments on the floor, which prompted a response from Minority Leader Peter Barca. As the Kenosha Democrat began to speak, he caught sight of Gannon’s gesture, prompting an immediate call to reprimand the lawmaker. Barca called the action “reprehensible.”

Gannon returned to the floor a short time later and offered an apology. “In the heat of the battle I made a gesture that…is improper for the floor, and I apologize for that.”

However, Gannon said he still stands by concerns about growing problems with crime in Milwaukee. “I didn’t like the way I was attacked, and now I know that’s not the proper way…I should just stand up and use the facts to deal with it,” he said.

Barca later said in a statement that ““while I accept Rep. Gannon’s apology, his racially tinged rhetoric and disrespect for the institution are reprehensible.”