You are here: Home / News / Rodgers had knee surgery after playoff loss 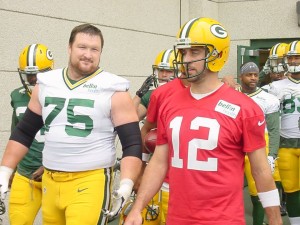 Green Bay Packers quarterback Aaron Rodgers underwent knee surgery shortly after the playoff loss to the Arizona Cardinals.  An ESPN report said the injury is what prompted Rodgers to pull out of Sunday’s Pro Bowl game.

The report says the procedure was a “cleanup of an old injury.”  Rodgers confirmed the surgery to ESPN late Friday and told the outlet he is “doing well.”

Despite the surgery, Rodgers appeared on the team’s injury report only once this season and it was for an unspecified shoulder problem.

Rodgers did have reconstructive surgery on his left knee back in 2004 to repair a torn ACL.

Rodgers still rushed for 344 yards, but his passing production was down, throwing for the fewest yards (3,821) of his career.  His completion percentage of 60.7% was also his lowest.