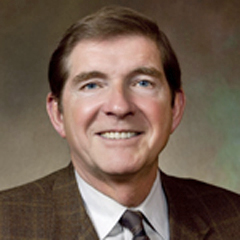 A bill that makes fourth offense OWI a felony rather than a misdemeanor has been unanimously endorsed by the state Assembly’s judiciary committee. The bill is from Representative Jim Ott (R-Mequon). Ott and Senator Alberta Darling (R-River Hills) testified on the measure during a public hearing before the Senate judiciary committee on Thursday.

“We know we’re not going to eliminate drunken driving in Wisconsin by simply making the penalties tougher, but I do think that this is a part of the solution, and I think this sends a strong message that Wisconsin takes drunk driving seriously,” Ott said. “The last time I checked, actually four states in the country charged second offense OWI as a felony. Eighteen states charged third offense as a felony. So this bill isn’t really making Wisconsin laws tougher, it’s just making us closer in line to where other states in the country are.”

The legislation also raises maximum sentences for up to a decade for ten-or-more offenses, and allows prosecutors to count previous drunk driving offenses that occur more than five years after a current arrest. Darling said that could make habitual drunk drivers seek treatment sooner.