You are here: Home / Badgers / Wisconsin’s Clark is WCHA’s Offensive Player of the Week 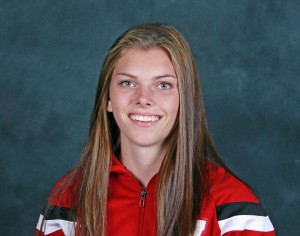 For the second time this year, Wisconsin women’s hockey sophomore Emily Clark was named the WCHA Offensive Player of the Week.

Clark played a big role in the second-ranked Badgers’ sweep of then-number-6 Bemidji State, as Clark assisted on Jenny Ryan’s game winner in UW’s 1-0 win over the Beavers on Friday before tallying two goals and an assist in Wisconsin’s 7-1 win on Saturday.  Clark’s first goal on Saturday proved to be the game winner, her third game-winning tally of the year.

For the season, Clark has 14 goals, which ranks third on the team, and 12 assists for 26 points.

This is Clark’s second WCHA weekly award this season and the third of her career.

The Badgers take on 8th-ranked North Dakota in a home series at LaBahn Arena this weekend.  The first game of the two-game series faces off Saturday at 2 p.m.