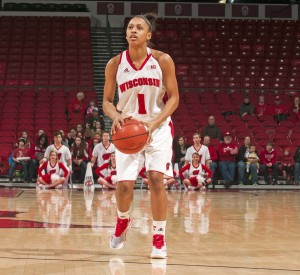 Senior guard Dakota Whyte scored a career-high 23 points to lead the Wisconsin Badgers to a 82- 62 win over Penn State on Sunday at the Kohl Center.

Down twelve points at halftime, the Marquette Golden Eagles shot a blistering 61.3% in the second half to pull out a 87-72 win over Georgetown at the Al McGuire Center.  It is the first Big East Conference victory for Marquette.

Marquette (6-10, 1-4 Big East) went cold in the first quarter, going without a basket for the final 4:58.  They trailed by as many as 18 points in the second quarter before chipping away to go down 12 at the half.