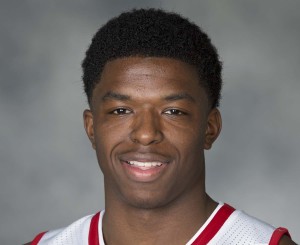 Wisconsin’s Khalil Iverson entered Sunday night’s game against Illinois with nine points in seven Big Ten games.  Against the Illini, Iverson scored 10 points and added five rebounds, two assists, one steal and one block while playing a season-high 30 minutes, helping the Badgers to a 63-55 win in Champaign.

Nigel Hayes led the way with 17 points and Bronson Koenig added 11 in the win.

The Badgers were without Ethan Happ and Bronson Koenig for much of the first half because of foul trouble.  When Koenig joined Happ on the sidelines, the Badgers went on a 15-4 run to take the lead and they would never trail again.

The Badgers return to the Kohl Center on Thursday to face the Ohio State Buckeyes.