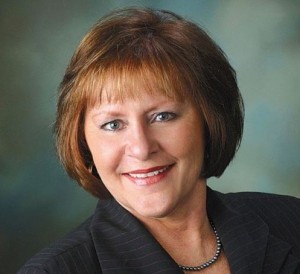 A Republican state lawmaker is standing by her decision to walk out of a meeting with local school officials earlier this week.

Other lawmakers, including two fellow Republicans, remained at the event.

Bernier’s departure sparked criticism from Democrats. Rep. Sondy Pope (D-Cross Plains), the ranking Democrat on the Assembly Education Committee, accused the Chippewa Falls Republican of “unprofessional and petulant conduct” by walking out of the meeting. “It is unfortunate that Rep. Bernier would walk out of a meeting, refusing to listen to her constituents just because they weren’t saying what she wanted to hear. In a representative government, the essential job of elected officials is to listen to constituents – especially if we do not agree. This is how our work is informed,” she said.

Bernier fired back Tuesday, saying in a statement that she stands “ready and willing to discuss the challenges faced by our teachers and administrators,” and attends meetings with local leaders in order to share information and ideas for solutions to the problems the state faces. However, she added, “information sharing was not what was occurring in the meeting.”

Bernier said it can be useful to compare Wisconsin with other states when trying to address the needs of children and their parents. She questioned though why some of the comments at the meeting focused on comparing Wisconsin and Minnesota’s corrections systems. Her release goes on to point out several comparisons between the two states, such as enrollment numbers, graduation rates, and per pupil spending.

“Let’s get the facts first and remove partisan politics from the topic of educating our children,” she said. “Then we can do what’s right for children and their families.”