You are here: Home / Badgers / Brown leads Badgers to upset of Maryland 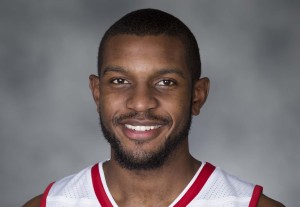 At least for now, the Wisconsin Badgers shouldn’t have to worry about being on Joe Lunardi’s bubble.  Junior center Vitto Brown scored a career high 21 points to lead for Badgers in double figures in a 70-57 win over second-ranked Maryland in College Park.

Wisconsin not only won their seventh straight game, but they ended Maryland’s 27-game home court win streak, quieting the 17,950 fans at the Xfinity Center.

Wisconsin build a 15-point halftime lead and never let the Terrapins closer than six points in the second half.  The Badgers (16-9, 8-4 Big Ten) moved into sole possession of fifth place in the 14-team Big Ten Conference.  They trail fourth place Michigan (19-7, 9-4) by a half game.

Bronson Koenig scored 12 of his 16 points in the second half.  Nigel Hayes added 14 points and six rebounds and Zak Showalter added 11 points.

Rasheed Sulaimon hit 4 of 7 three-pointers to lead the Terrapins with 17 points.

The Badgers are off until Thursday when they travel to East Lansing for a rematch with the Michigan State Spartans.  The Badgers won the first matchup with the Spartans in Madison back on January 17th, 77-76.