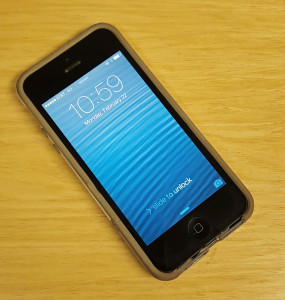 In the past decade, the rise in popularity of smart phones has depended heavily on consumers being told their personal information is being kept safe and secure. Madison College marketing professor Steve Noll says that security is being called into question now, with the FBI’s request for Apple to create what’s essentially a master key for the iPhone.

Federal investigators want the tech company to design a program to break the encryption on a phone owned by one of the mass shooting suspects in last December’s San Bernardino terrorist attack. Apple has refused to comply, arguing the creation of such a tool would threaten the security of millions of iPhone users if it ever got into the wrong hands.

Noll says the entire case raises serious questions about personal privacy and the security of the devices many people rely on each day. “Once that software’s out there, it’s possible it could be applied to just an average person,” he warns.

Noll says companies like Apple have worked hard to show consumers their technology is a safe and secure option for doing everything from online banking to shopping. He says “this court case potentially undermines a big piece of that trust,” and the impact would not be limited simply to iPhone users. Noll warns that similar requests could be directed at other device manufacturers as well, if the need arises to get around their encryption.

Noll sees the entire case as fascinating and he expects the direction it takes will be very significant to the future of personal. “This isn’t just dealing with a pair of terrorists in California. This has far-reach implications.”