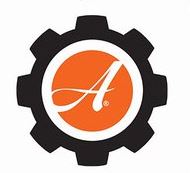 A federal complaint is being planned against a Wisconsin manufacturer, after it fired several Muslim workers for violating a policy on taking unscheduled breaks to pray.

The Council on American-Islamic Relations on Monday said it plans to file a complaint with the federal Employment Opportunity Commission. Attorney Maha Sayed said their concerns include the enforcement of the break policy, along with workers dealing with harassment because of their religion and that they are from Somalia.

The Brillion-based Ariens, which makes lawn mowers and snowblowers, announced last month that the it would begin enforcing an existing policy on breaks, which requires them to be taken at set times. At the time, the company employed about 50 workers who are Muslim and had been taking breaks outside of the scheduled time frame, CEO Dan Ariens said it was having an impact on production and was costing the company about $1 million a year.

Following news of the pending federal complaint, Ariens said he was confident the company did not violate any laws. He also noted that many of the workers chose to abide by the policy and remain employed. Others resigned and seven were later fired for continued violations.

Ariens also said he was surprised to hear other claims that Muslim workers were harassed. He said he’s had a hard time getting answers about those issues, and messages left with the council seeking more information have not been returned.