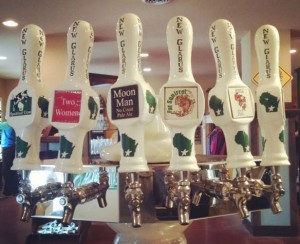 UPDATE: An employee with the company contacted WRN and said that the initial post on the Brewery’s Instagram account mistakenly labeled a new keg line machine as “can line.” The company is not adding cans to its product line at this time.

A popular Wisconsin beer maker will be giving customers a new option for drinking their brew.

New Glarus Brewing has traditionally offered its beer in bottles, but a post on the company’s Instagram account states they’ll soon be offering beer in cans as well.

The company produces six styles of beer year-round, in addition to seasonal brews. For some beers, the can option offers “better quality control,” according to New Glarus.

New Glarus beers are only sold in Wisconsin.

The brewing company was founded in 1993 by Deb Carey, along with her husband – the master brewer – Dan Carey.