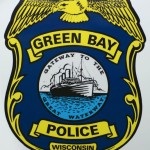 “I have been gone from the Green Bay area for about 35 years, and I’m truly impressed by the changes that have been, the development, changes in infrastructure, all the new businesses, it’s really exciting,” said the 53-year-old Smith during his ceremony. “But I got to tell ya, there’s one thing that hasn’t change. It’s the people that are here, out west they call it Midwest nice. Truly the people in this area have a different attitude towards life, towards how they treat each other and I couldn’t be happier coming back to this area.”

Smith becomes chief after Tom Molitor announced his retirement from the force last year. He takes over for Interim Police Chief Jim Lewis.