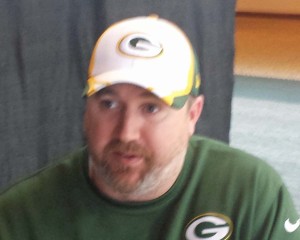 The Green Bay Packers will go back to having a full-time receivers’ coach, which they didn’t have last season.

Coach Mike McCarthy will meet with reporters to discuss the moves today but told the teams website that the coaching responsibilities did not “hit the target” last year, and the resulting drop-off in offense “had to be evaluated.”