You are here: Home / Packers / Packers to meet Colts in Hall of Fame game 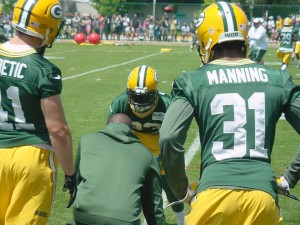 Training Camp just got longer for the Green Bay Packers.  That’s because the Packers have been picked to meet the Indianapolis Colts in the August 7 Hall of Fame game.

It means Mike McCarthy will have to get his team ready for five preseason games and an extra-long training camp.  The Packers will likely start training camp sometime around July 24th after opening camp July 30th last year.

The Packers had at least been preparing for this with Brett Favre as the headliner for this year’s class of Hall of Fame inductees.

The enshrinement ceremony is set for August 6.  It’ll be the first time under Mike McCarthy that the Packers will play five preseason games.