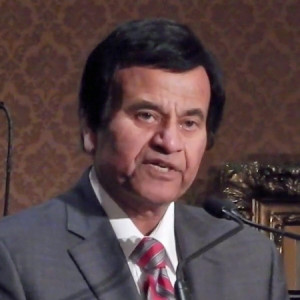 The Wisconsin state Senate has approved Governor Scott Walker’s interim appointment for state railroad commissioner. But not all Democrats were onboard with the governor’s pick to succeed Jeff Plale, a former Democratic state senator who resigned the post abruptly last month.

Senator Van Wanggaard (R-Racine) spoke in favor of Yash Wadhwa, an engineer from Glendale. “I like the fact that he doesn’t know that much about the railroads in general, because he’s going to bring a fresh perspective, and he is going to be an active listener, and get people involved who were not involved before,” Wanggard said.

The Milwaukee Journal Sentinel reported that Wadhwa is a frequent contributor to the campaigns of Walker and other Republican politicians. He also ran unsuccessfully for the state Assembly in 2008.

Senator Lena Taylor (D-Milwaukee), credited the work of Plale in heading the Office of Railroad Commissioner, which oversees railroad safety and rail line construction regulations. “I respect that the commissioner did not always agree with the administration, and that the commissioner asked for more positions in order for us to be safer, and to have the kind of inspections that we needed,” Taylor said. She voted against Wadhwa’s appointment.

Wadhwa will serve the remainder of Plale’s appointment, which expires in March of 2017. “I do think it’s important that I send a message to the new railroad commissioner, that he has until March 1st of 2017 to prove that when railroads are going to be coming through our neighborhoods carrying dangerous product, he’s going to be doing everything possible to protect public safety” said Senator Tim Carpenter (D-Milwaukee), who also voted against the appointment.

Plale resigned after he raised doubts about an example being used by Republicans to justify possible changes to Wisconsin’s civil service system.

Tuesday’s Senate vote came on the same day that the chamber passed a resolution recognizing the service of former commissioner Rodney Kreunen. Kreunan, who passed away last October, held the post from 1996 to 2008, and was known for focusing on safety on the rails and at crossings.

“If there was a railroad accident, anywhere in the state, he was probably there in the middle of the night,” said Senator Rob Cowles. “He has a legacy of saving lives.”