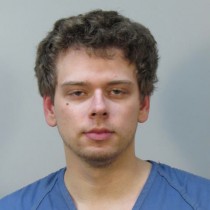 A man wanted in connection with the killing of a 25-year-old woman outside of a Madison grocery store is now in police custody.

Madison police say 26-year-old Christopher O’Kroley was arrested Wednesday afternoon, after shots were fired near a mall on the city’s east side. Investigators had been searching for the Madison man since Tuesday evening, following a shooting in the parking lot of a grocery store where the victim worked. O’Kroley was a former employee of the store.

Police said a citizen tip led officers to O’Kroley’s location, after someone said they saw a person matching his description in the area.