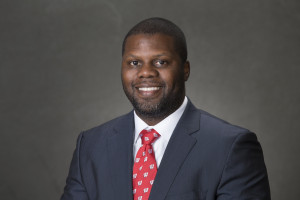 After coaching defensive backs at Wisconsin for just one season, Daronte’ Jones is leaving for the N-F-L.

Jones is reportedly ready to become the assistant secondary coach of the Miami Dolphins.

The Badgers have to replace three starters from last season, cornerback Darius Hillary and safeties Michael Caputo and Tanner McEvoy.

Jones was a key factor in recruiting safeties Patrick Johnson of Washington D.C. and Eric Burrell of Severn, Maryland, who signed letters of intent with the school last week.

Jones becomes the second member of Paul Chryst’s coaching staff to leave following the end of the last season.  Defensive Coordinator Dave Aranda left to take over as defensive coordinator at LSU.