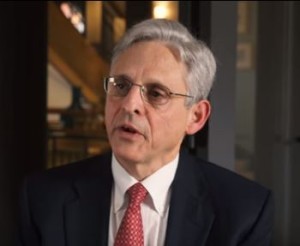 Based on the politics surrounding the current vacancy on the U.S. Supreme Court, a UW-Madison political scientist says he was surprised by the nominee President Barack Obama went with for the seat.

The President on Wednesday named federal appeals court judge Merrick Garland to fill the opening left by the death of former Justice Antonin Scalia. UW professor Ryan Owens expects Garland, described by many as a judicial centrist, would receive bipartisan support under normal circumstances. However, given GOP leaders are still saying they have no plans to vote on a nominee until after the presidential election in November, Owens said he was surprised the president went with a relatively safe pick for the high court.

“In terms of qualifications, I think it’s a fine pick,” Owens said. “In terms of the political strategy though, it’s not one that, were I advising the president, I would have advised.”

Given that Republicans have not backed down from their argument that the outcome of the next election should dictate the direction of the court, despite seeing some pushback from the public over the position, Owens said he expected the president to name a nominee who might have rallied Democratic voters ahead of next November. “Many people thought he was going to go with another female, or a minority candidate, or potentially a female minority, because that rejections may have gotten, for example, African-Americans out to vote in this next election,” he argued.

Owens said he does not see Garland, who was confirmed to the federal bench by the Senate in a bipartisan vote in the 90s, rallying the same kind of support behind him or convincing Republicans to rethink their stance. “I just don’t see him moving the dial very much among Republican senators who are opposed to an Obama selection,” he said.

Wisconsin Republicans largely backed up that view on Wednesday, with Sen. Ron Johnson (R-WI) saying he still believes the next president should pick the next justice. Despite not having a vote on the issue, House Speaker Paul Ryan (R-WI) said he supports Senate leadership’s decision not to move forward with the confirmation process until after the election.