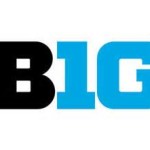 The Cornhuskers advanced with an 89-72 win over 14-seeded Rutgers on Wednesday night, while the Badgers awaited the winner.

The Cornhuskers played without senior Shavon Shields on that day.  He is averaging 16.4 points a game entering the Big Ten Tournament.