You are here: Home / News / Congressman Mark Pocan not endorsing in presidential primary 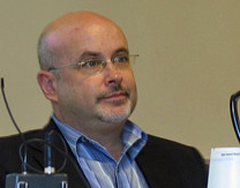 Wisconsin Congressman Mark Pocan will not be endorsing either Democratic presidential candidate, ahead of next Tuesday’s primary.

The Madison Democrat said Thursday that he has not even decided who he’s voting for on April 5th, calling both former Secretary of State Hillary Clinton and Vermont Senator Bernie Sanders “really good choices” who are better options than any of the Republicans currently running the race. “When you have two really good choices, that’s a good thing,” Pocan said.

Pocan, who has a super delegate vote at the Democratic National Convention later this summer, said any decision on an endorsement would come after the state primaries wrap up in June. I’m going to be watching what happens through all the rest…and at that point, I’ll decide what to do.”

He said his main concern right now is making sure they are bringing supporters of both Clinton and Sanders back “into the fold” after the April 5th primary, as Democrats push to hold on to the White House in November. Pocan said several members of Congress have taken that position because they feel “if we haven’t picked a side, we are in a much better place to do that.”

Pocan is the only Democratic member of the states U.S. House delegation not to publicly support a candidate ahead of the primary, with Reps. Ron Kind (D-WI) and Gwen Moore (D-WI) both supporting Clinton in the race for the nomination.