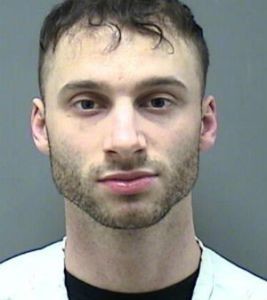 A $50,000 signature bond has been set for a former Racine schools substitute teacher accused of sexting a student and then trying to carry out sexual encounters with two others.

Twenty-eight-year-old Justin Beaton appeared in court Tuesday on multiple felony charges, which include child enticement, sexual assault of a student by school staff, and exposing a child to harmful materials. Prosecutors allege Beaton used his position as a substitute at two Racine high schools to make contact with students to “manipulate and groom” them so he could take advantage of them.

According to the criminal complaint, Beaton initially sent a photo of his genitals to a 14-year-old student at Racine Case High School in December, using the social media service Snapchat. Police also found text messages between Beaton and two 17-year-old students at Horlick High School that were described as sexual in nature. Both girls told police that they met with Beaton after he taught them in class, with him picking them up and taking them to parks where “inappropriate touching” occurred.

If Beaton is released, a court official ordered him not to access the internet or use a smart phone as a condition of his bail. He’s due back in court on March 23.

Affiliate WRJN contributed to this report