You are here: Home / Crime / Courts / Hearing for Omer Ninham appeal set for May 27 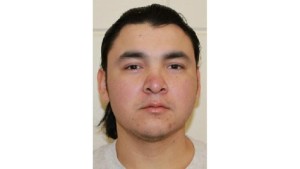 A Green Bay man serving a life prison term without parole will go before a judge May 27, after a ruling by the U.S. Supreme Court. Thirty-two-year-old Omer Ninham was just 14 when he was convicted of pushing 13-year-old Zong Vang to his death off the St. Vincent Hospital parking ramp on September 24, 1998.

Brown County Judge J.D. McKay gave Ninham life in prison without the chance for parole. Both the state court of appeals and Wisconsin Supreme Court upheld the Constitutionality of the sentence. An appeal by Ninham in the case had been on hold pending a January ruling by the U.S. Supreme Court. The ruling found that serving life terms for murders they committed as teenagers must have a chance to seek their freedom.

The high court ruling, however, was about automatic life prison terms. Ninham’s was not, but before the ruling the current Brown County Judge assigned to the case, Judge Kendall Kelley, ruled he wanted to see that ruling before proceeding in Ninham’s case. On Thursday, Judge Kelley’s court scheduled a May 27 hearing for the next step.

The January Supreme Court ruling did not expressly foreclose judges from sentencing teenagers to a lifetime in prison. But the Supreme Court has previously said such sentences should be rare, and only for the most heinous crimes. Also, the high court did not order resentencings, but said states could offer parole hearings, with no guarantee of release if inmates fail to show that they have been rehabilitated.